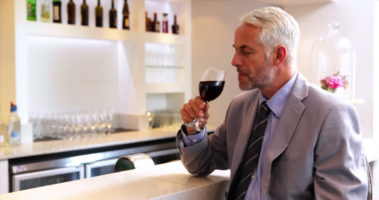 New York financier Ross Dalton, Kellogg ’88, drew controversy amongst the 1% over claims in his newly released The Art of the Deal knock off—entitled You’ve Got To Work for It—that he got to where he was through his own merits. While he cited many techniques for his success, including inheriting even more money than he has right now from his father, the statement that has drawn the most attention is his almost religious devotion to tipping the wait staff at fifteen percent.

“The way I see it,” Dalton told the crowd of fifteen mostly family members at the first event on his multi-country club book tour, “everybody of my income bracket has their own strategy, their own The Art of the Deal that got them to where they are. Well, mine is that I mind the small stuff. Leave the chauffeur 20% and you’re not only depriving yourself of yacht money, but you’re also depriving him of the chance to earn himself the dignity of honest work.” As with many people in his position, Dalton is critical of the tipping culture, even though he partakes in it himself—because, as he explained, “I’m not an asshole.”

Exclusive reporting by the Flipside has revealed that many of Dalton’s investments would have grown seventeen percent larger if they had just matched the stock market, or grown sixteen percent larger if he had sold his Apple stock right before the iPhone 7 was unveiled. When asked about it, Mr. Dalton and his team of investors declined to comment.

“My strategy works. After all, I didn’t get my way to where I am through charity. My daddy earned it through his own sweat and tears,” said Dalton in a brief interview with the Wall Street Journal. He then excused himself to contribute the legal maximum in 14 congressional races.