Op-Ed: I’m in Bienen and McCormick is Too Hard 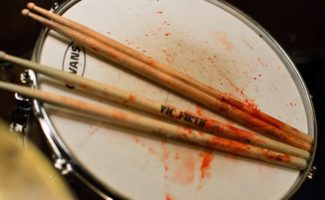 Letter to the Editor: Response to Goldrich

Each year, the McCormick School of Engineering accepts some of the brightest and most talented students from across the globe, many of whom aspire to be successful engineers while also taking up other studies in Weinberg and Bienen. As a music student double-majoring within Bienen, I know many people in McCormick through both the dual-degree program and the numerous people I overhear in Core bitching about EA. I can say affirmatively that through these tangential connections, McCormick’s course of study is too rigorous for students who hope to get more out of college than be buried in textbooks.

While many people thrive under the high expectations and busy class schedules within McCormick, for most students the stress is unbearable and the workload overwhelming. I had one friend in Bienen who was dual degree with McCormick at the start of Freshman year. He had always wanted to do music, but had also been a great math and science student in high school and wanted to continue that for as long as he could. However, upon arriving at Northwestern, his class schedule quickly prevented him from joining a fraternity, adding a third major, writing for the Daily, doing volunteer work, playing Club Tennis, and being able to catch that Saturday darty every now and again. Managing his life got so difficult because of forces outside his control that he had to eventually drop the engineering degree and instead be damned to a college experience where he would be exceptionally good at one thing.

My friend’s situation is not the outlier, but the norm, and it brings to light the structural problems associated with McCormick’s curriculum. Too much time is dedicated to prerequisites such as the 4-quarter sequence of Engineering Analysis, as well as 2 quarters of DTC, and multiple requirements for math and physics classes. While this may benefit students interested in getting the broad scope of skills involved in different fields of engineering, the emphasis on foundational understanding hampers the social life of its students.

There are two main reforms that I would advocate for: one, McCormick should eliminate its hefty list of requirements in EA, DTC, math, and physics. Instead students should have the opportunity to take 300-level classes right off the bat on the nitty-gritty of civil, chemical, or biomedical engineering.

The other major reform I would suggest is that McCormick split its “Whole Brain Engineering” program into academic courses of study into Right Brain and Left Brain Engineering. That way, it gives incoming McCormick students the chance to lighten their course schedules a little bit and focus on the aspects of engineering that suit them best. For example, Right Brain engineers wouldn’t need to learn any of that math shit, while Left Brain engineers would be exempt from DTC or any other course that involves communication with another human being.

McCormick’s program is one of the most reputable and competitive engineering programs in the country, and I think it is such a shame that students looking to get a lot out of their college experience are forced out of the school because of its unreasonable requirements. I hope that through these changes we can foster a culture within the school that puts Engineering on the same pedestal as the glorified extracurricular that Music already is.