Greenpeace Execs Keep 10% of All Whales They Save 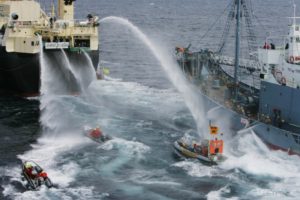 In keeping with the requirement for nonprofits to disclose all financial information and salaries of directors, Greenpeace executives revealed Thursday that they kept “10% of all whales saved” in 2017.

The environmentally conscious group has such come under fire for allowing such an exorbitant pay out to its top members.

“This is ridiculous,” commented morally superior vegan Rudy T. Brooks. “First Kony 2012, now Greenpeace… it really makes you wonder if you can trust any of these so-called nonprofits.”

Brooks also expressed confusion as to what the report really meant.

“Also, when they say ‘10% of all whales’, do they mean, like, 10% of the population of whales? Or like, do they mean they get to keep a flipper or something?”

The “Free Willy”-inspired organization defended its salary choices in a statement to the public.

“Look, y’all make a huge stink if you see some slowly rotting blue whale on the beach until we step in and take it away. What difference does it make to you if it’s in the ocean, or chilling in one of our gold-plated backyard swimming pools?”

The nonprofit added that it wasn’t planning to eat them or anything, but just wanted the whales for a niece’s birthday, and would return them to their normal lives of being hit by drunk fisherman boats.

Greenpeace is also expected to part ways with its CEO, who tweeted in the aftermath of the report that the organization should now switch to “saving animals who make cute dolls and shit. If these ugly ass blobfish ain’t selling merch like the pandas at WWF, they don’t need saving.”