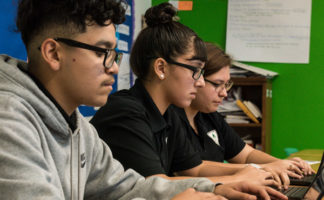 “Gosh darn” thought WCAS Junior Alberto Munez, as he realized he hadn’t been paying attention to his psychology professors lecture for the past 10 minutes as he pondered his own lonely, miserable existence.

Instead of listening to Professor Noriyuki’s probably important ramblings on the nature of the Freudian approach, Munez was lost in thought as he reflected that “I’ve never really had a true friend. Or have I? Would I know? Did I have one who escaped like grains of sand slipping through ungrateful and unworthy fingertips?”

Flipside sources report this is not the first time Munez has zoned out in this or other classes while pondering nihilistic thoughts of his own cosmic meaninglessness and inability to understand true human connection.

Reportedly, he was seen half asleep in his intermediate Spanish class asking an unlistening god if he was born to suffer and die alone, all the while saying it in perfectly conjugated Spanish.

Alberto managed to snap out of it as the rest of the class erupted in polite laughter over Noriyuki’s joke, which Alberto unfortunately did not understand.

Featured, Local, No. 266 depression, Lecture, that is definitely going to be on the midterm, wandering mind