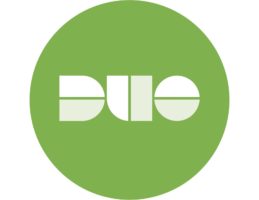 Avengers: Endgame is set to be this Spring’s most anticipated box office event. The movie is projected to break ticket sales everywhere, and will no doubt bring billions of dollars to American cinemas. To piggyback off this fervor, (and to the delight of Marvel fans,) Evanston’s own Cinemark Century 12 theatre has reportedly decided to include Multi-Factor Authentication as part of their online sales process.

The announcement has excited some moviegoers. “It’s a great feeling when I get that text on the Duo app” said Jason Burke, a lonely freshman. “Nobody else ever calls me, so I’ve gone ahead and bought five tickets for myself.”

But for the vast majority of customers, Multi-Factor Authentication represents a commitment that is simply too deep to make. One student was quoted saying “I need to spend five whole seconds logging into to an app that I can have on my phone, computer, and smartwatch? Ridiculous!”

“I have important things to do, like complain about midterms and pretend to care about everyone’s Spring Break,” remarked another student “Multi-Factor Authentication just doesn’t let me be productive in any way.”

Ticket sales have (understandably) plummeted as a result of the new policy. Local theatres, of course, were nonplussed by the public’s response. “The entire process is really very simple,” explained a confused Cinemark representative, “we just send you a notification through the Duo app, drop you an quick email, ask you to fill out a supplementary google form, and confirm your identity through carrier pigeon. Everything is for your own security!”

When questioned on the kinds of security threats they anticipated, the representative declined to comment.