Op-Ed: College is Not Going Like Pitch Perfect Said It Would 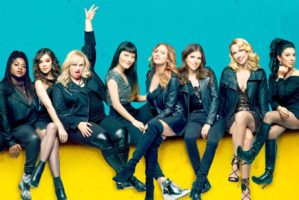 Oh Anna Kendrick, how could you forsake me?

When I decided to attend Northwestern University, I was over the moon to get into the kind of antics that had been shown to me in the 2012 cinematic masterpiece “Pitch Perfect” and its follow-ups “Pitch Perfect 2: Empire Strikes Back” and “Pitch Perfect 3: Infinity War.” Now, however, I’ve come to realize some harsh truths that were not revealed to me in the theater.

For starters, even though there are a seemingly infinite number of acapella (and improv) groups on campus, none of them want me. I have the perfect slightly hipster, cute but doesn’t know it vibe that they want. Plus, my voice sounds really decent on an auto-tuned studio recording. Still, the acapella groups won’t accept me, even though at least half of them sound like you’re listening to an Instagram cover of Mariah Carey. Furthermore, unlike the movies, no one seems to be as enamored as I am about acapella, even those already in the groups. I’m constantly told to “stop worrying about it,” “move on with my life,” and “stop harassing the Bienen voice teachers.”

Even though my experience has been less than satisfactory, I’ve still managed to make lots of friends, some of which work in college radio. Like Treblemakers leader Bumper Allen, many of my friends have gone on to be backup singers for John Mayer. At the end of the day, despite the stress, rejection, and lack of an effective mental health program on campus, college is going pretty Pitch Ok.