Urkel Found Looking Ashamed at Notre Dame Ruins: “Did I Do That?” 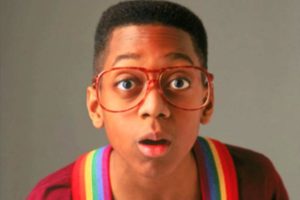 Paris – After weeks of searching for an explanation, French police have come forward to say they’ve found the cause of the fire that burned down the historic Notre Dame. The American inventor/television star known as Steve Urkel was reportedly found by a French SWAT team curled up into a ball in a small apartment off the Seine river, rocking back and forth with a smile on his face, saying “Did I do that?” over and over again.

French Authorities have condemned the star’s actions and named him public enemy #1 for “Crimes against the French people, terrorist actions, and ruining a perfectly good blue-collar show.” For security reasons, Urkel has been locked 24/7 in a small, heavily guarded cell in a classified location, but his lawyers have reported that he’s enthusiastic that he’ll get off because “there’s always the next episode”.

While the French public can now breathe a sigh of relief, it is believed that Steve Urkel is still extremely dangerous and will be put to death by guillotine as soon as he is found guilty. Prosecutors say “Urkel is a sociopathic killer and will stop at nothing to destabilize the world’s security. Heed our warning now before it’s too late.”