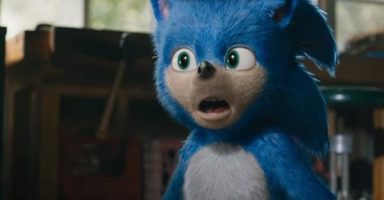 Paramount Pictures recently decided to revamp the titular character of the upcoming Sonic the Hedgehog movie after both hardcore gamers and people who are just into the ‘90s nostalgia trend denounced Sonic’s design on social media. Ironically, the film’s animators will have to be just as speedy as the supersonic hedgehog in their character overhaul to finish in time for the already-scheduled premiere date.

The solution to this paradox of speed? More speed. “We’re taking lots of stimulants,” exclaimed head animator Don Chen at rapid pace. “Speed, amphetamine, whatever you want to call it, we’re probably on it.” The animation team has begun snorting drugs to improve their focus and energy so they don’t waste precious time during this meticulous redesign process.

“I’m already on Adderall because I have ADHD,” said animator Ryan Fogel, “But I started crushing and snorting it, and oh my GOD it’s so much better!”

“Nobody will sleep for at least a month,” added animator Megan Johnson. “It’s like that time I had night terrors in seventh grade and couldn’t sleep all over again.” The animators all agreed they would not be sleeping over the next few months to ensure every single hair on the new Sonic is perfect.

Film executives have also praised the team’s increased productivity. “Adderall is great because it’s also an appetite suppressant,” said executive producer Darren Highmore. “We no longer have to feed those fuckers!” In addition to saving money for producers, this cutback also seems to be a plus for the animation team. “They used to order Sonic for us,” Chen said. “It was cute, but you get tired of double-fisting chili cheese dogs and cherry limeade slushies real quick.”

They might be tired of the food, but the animators certainly won’t be hungering for a nap anytime soon, not on a supersonic Adderall rush.