NU Student Dresses Up As Politician Dressed Up In Blackface 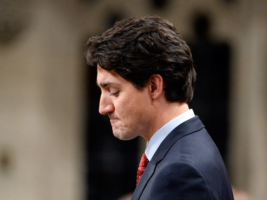 This Halloweekend, many students showed off obscure and unique costumes. One freshman, however, took it upon himself to make political commentary. Hunter Smith, Weinberg ’23, was surprised to discover that his 2019 costume wasn’t met with unanimous praise.

“Hunter’s political commentary on Justin Trudeau circa 2001 may have offended some of our peers,” stated Smith’s roommate Brock Brunson, McCormick ‘23, “but how is he supposed to be held accountable for his actions AND have a wild Halloweekend?!”

Others, however, were less understanding of Hunter’s decision. “I feel like this is just an excuse for him to put on blackface,” said one concerned friend, “it took us hours to convince him not to dress up as Obama, and this wasn’t what we had in mind when he said he had a ‘good compromise.’”

After receiving the news that his portrayal was highly offensive, Smith reportedly shrugged and said, “Serves me right for trying to be the good guy and call out racism. I should have just stuck with my original idea of going as Robert Downey Jr. in Tropic Thunder.”