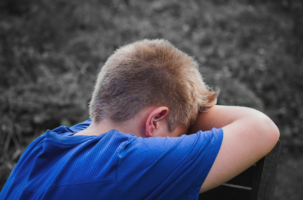 Fifth grader Michael Bartlett found himself blushing in geometry class— and for good reason— after accidentally calling his mom “teacher” during stay-at-home class. Bartlett blamed the confusion on seeing his mom during the time he’d normally be at school with his teacher.

“I just wish I’d called her Mom like I always do,” lamented Bartlett during morning Snack Break in his kitchen. “It’s so embarrassing how I mistakenly thought the woman who birthed me, nursed me, and raised me was my professional educator.”

Sources report that Bartlett’s classmates didn’t hear the slip-up— fortunately, Bartlett had his Zoom mic on “mute” during the time of his Freudian slip— but his mother was sure to comment.

“My son is such a baby,” she complained. “He’s so attached to his teacher that when he’s home during quarantine he can’t stop saying her name. Seriously, grow up, Michael.”

Still, the incident could have been much worse.

“It’s better Michael makes these mistakes when he’s younger, since he’s still developing in maturity,” said Randi Labowitz, a cognitive psychiatrist.  “But imagine if he were a full grown adult, working remotely from home, and he accidentally called his mom by the name of his boss!” Sources report that Bartlett plans to rehearse saying “mom” and “mommy” over and over in the mirror to avoid making such embarrassing mistakes in the future.