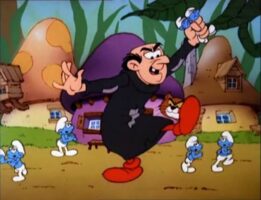 If the past few months have demonstrated anything about American life, it’s that there are stark racial divides that many, especially those belonging to the dominant racial group, struggle to come to terms with.

We interviewed a resident from a local suburb who is “just sick of it all,” to weigh in. Karen Smith, who identifies as “just a humanist, none of that identity crap,” believes that current social movements are overcomplicating what should be fairly simple.

“Here’s how I see it,” she said, “I don’t care if you’re black, white, red, green, or anything.” Although, she did have to make one exception stating, “I do have to say I’m not the biggest fan of the blue variety.”

Smith expressed concern over blue people “lowering property value” and “driving up crime,” and showed us an image of an imprisoned Stitch to make her point. Smith reminded us that what she cares most about is the safety and wellbeing of her community.

She claimed that she doesn’t “hate them per se, but I would disown my daughter if she ever came home with a blue man.”

Smith said that her children were forbidden from watching “The Smurfs,” and will turn off Sesame Street if Cookie Monster appears.

When asked what the origins of her prejudice were, Smith said she’s always thought this way but did let slip that her mother ran away to be a groupie of the Blue Man Group when she was 13 years-old.

The Flipside finished the interview by asking Smith if her bias towards blue people extended to police officers.

“No, why would you think that? #backtheblue,” she said.