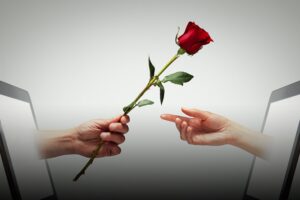 To the surprise of many, Zoom private messaging is the newest virtual matchmaking phenomenon. But private messaging might not be as intimate as many students believe. Jonathan Hornberger, a professor of Sexuality Studies at Northwestern University, is practicing immense self-control as he tries to stop himself from helping out two students who sparked a connection during his lecture.

“See, the private chats aren’t deleted after the lecture ends. So sometimes I go through and read them,” Hornberger explained. “These two kids in particular really hit it off, but they haven’t chatted for the last couple classes. I really think they need a push in the right direction.”

Hornberger has had to restrain himself from placing the two students together in breakout rooms on several occasions. He also gave them knowing glances during his lecture on college hookup culture. However, when asked about this alleged glance, one of the aforementioned students – who requested to stay anonymous – said, “Oh, that was for me? I just thought there was something on his screen. How was I supposed to know he was looking at me?”

After Hornberger’s wife mysteriously went missing six years ago, he has been looking to spice things up. He tells us that by becoming invested in the romantic lives of his students, he fills the void his wife left behind. “Some people like Love is Blind, others watch the Bachelor,” Hornberger said. “What does it for me is seeing teenagers make small talk about the readings they didn’t do and exchange Instagram handles.”

Hornberger also wanted to clarify that he did not have a hand in his wife’s disappearance and that his fascination in his students’ affairs is purely innocent. In this virtual lecture hall, the greatest test is not the midterm or the final exam, but a test of mental strength for Professor Hornberger, who just wants to live vicariously through his students.