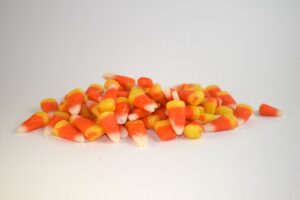 The results are in. After an extensive, twenty year-long study, the Worldwide Halloween Analytics Taskforce (WHAT) has determined an official correlation between average quality of candy distributed on Halloween and average happiness of the general populace. Consequently, there is evidence to support that one’s favorite type of candy directly corresponds to one of two dispositions: “good” and “okay.”

Respondents who fulfill this “good” category are reported to have preferred candies such as M&Ms, Snickers, Hershey’s, Milky Way and more or less any proper sweet fit for human consumption. This “okay” category is exclusively populated by candy corn lovers, who are characterized by emptiness, general indifference, lack of inspiration and cave-dwelling. In addition, the reported hobbies of candy corn enthusiasts consist mainly of sitting contentedly, waking up, and candy corn.

Further analysis has even showed directly comparable traits: both candy corn and its enjoyers have no taste, will show up uninvited at your Halloween parties and can, if so compelled, clog up your ear.

However, though these characteristics do not appear redeemable, chief researcher Candace Hall, 46, explains in the full report why we should still accept candy corn lovers: “…if any one of these individual qualities were to be found in a candy corn hater, we would respect their faults and move on. It is just an unfortunate coincidence that certain people have been granted all of these shortcomings at once. Just like how candy corn is nothing more than an okay candy, they are still okay people, just more okay than others.”

Candy corn enthusiasts all over the world have retaliated by purchasing more candy corn to support the industry. This plan has backfired, as there is now no candy corn left for the rest of the world.