Lucky the Leprechaun Ousted From Cereal Brand After Association with IRA is Uncovered. 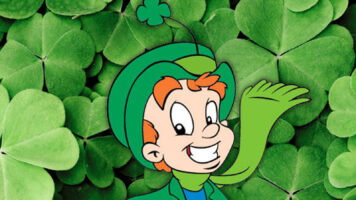 Controversy erupted last week when the formerly beloved Lucky Charms Mascot, Lucky the Leprechaun, was fired due to his association with the Irish Republican Army (IRA).

For years the mascot’s political leanings have been the subject of speculation given his Irish heritage. All was revealed when an anonymous reddit user came across tweets decrying “British Imperialism in the Irish mainland” and “I love me Irish republicanism!” The tweets were quickly linked to the now disgraced cereal icon, and his contract with General Mills was terminated.

In a statement on the controversy, a General Mills spokesperson said, “We are disappointed to learn of Lucky’s involvement with the IRA and have taken appropriate actions regarding the situation.” When asked about the state of the Lucky Charms brand moving forward the representative said “Fuck, prolly needa get rid of that grainy shit.”

Lucky declined to comment for this piece, however a source close to Lucky said he is taking time for himself in his Dublin marshmallow mansion.

The announcement has made waves across the cereal world, with Lucky and Lucky Charms trending on Twitter for much of last week. We reached out to members of the public in order to gauge how the news has affected people. Derek Newsom, local Evanston resident, was taken aback by the news.

“I didn’t know he was actually Irish,” said Newsom. “Isn’t he just a caricature made up by Americans in order to sell cereal? Why the hell is he getting involved in Irish nationalism? First Donald Trump, now Lucky? What’s next, Captain Crunch joins the Barbary Pirates?”