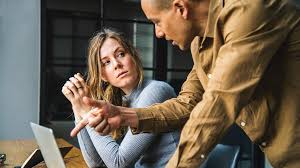 On Friday morning, the National Bureau of Economic Research released figures showing that mansplainable moments were up 69% month-over-month, and average mansplaining duration was a full hour and a half longer than it was in December. This exceeded most analyst predictions and cemented January 2021 as the best month for mansplainers in over twenty years.

The Flipside spoke to Alistair Macmillan V, president of the National Association for Teachable Moments, about the report. “This month was fantastic for those possessing the God-given skill of enlightening others,” Macmillan V said. Mansplainers were able to educate people on a vast range of topics including “what a riot really is,” “the legal nuance behind insurrection,” and “who actually controls the stock market.” He added: “We also taught about the complex systems (that you wouldn’t understand) behind the short squeeze of Gamestop, all while maintaining daily lessons on election fraud and the vaccines.”

Local reactions were not so positive. An unnamed Tappa Tappa Keg member was arrested on Sunday for attempting to curb-stomp a fellow brother, who allegedly tried to explain the scintillating origins of beer die to him for the fifth time that weekend.

The full eight hour press conference Macmillan V gave will be linked at the bottom of the article. At his request, there also will be a link to his self-produced twelve season series on why the word “mansplaining” is a slur.