“Actually, War Crimes Require a Formal Declaration of War. What We do Are Just Run-of-the-Mill Human Rights Violations” Says Department of Defense 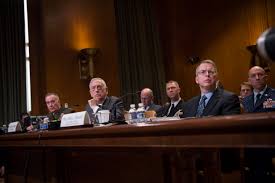 With the increased influx of atrocities in 2020 and 2021, the United States has received hate from allegedly “committing war crimes” and “being kinda fascist.” To address these claims, the Department of Defense held a press conference last week.

When asked about the war crimes that the U.S. was committing overseas, the Department declared, “semantically speaking, war crimes requires a war, and we have not formally declared war since the 1940s. A more accurate description of our actions would be human rights violations. Please put some respect on our name.”

“It’s ludicrous,” said Colonel Mustard Gas, a spokesman for the Department of Defense. “When I was growing up in the 60s and 70s, we had human rights violations every day: CIA coups, American occupation, apartheid in South Africa, and so on. Nowadays, you can’t even tear gas a protester without the radical left trying to cancel you!”

The colonel then answered some questions regarding the United States’ support of Israel in the ongoing conflict in Gaza. “Listen, the way I see it, we aren’t technically the ones pulling the trigger. We may be the ones supplying the triggers, tanks, and weapons-grade uranium, but if anything, we’re just bystanders. And if I remember correctly, history is quite fond of bystanders during crises.”