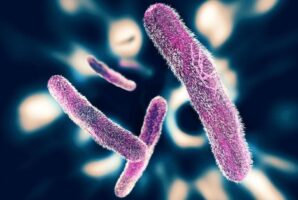 Northwestern students are going hungry today after all four on campus dining halls were unable to open due to an outbreak of dysentery among workers.

On Thursday the union spoke, and in retort to the cries for a health plan, Compass representative Michael Bass reported that “Compass has found a solution that will satisfy both parties.” After shifting in his diamond-encrusted throne, Bass continued, “While Compass can’t raise wages, we are moving to implement the best health plan that that money can buy…but that also happens to be free.”

When a worker asked, “is this a joke”, Bass confidently replied with “No, THIS is a joke”, as he slammed down an article that read: “Sussy” And 50 Other Words I’d Rather Die Than Hear Alvin of Alvin and the Chipmunks Say.

“Aren’t you feeling better already”, Bass said to a silent room, “I know I am!”

After Compass Group’s ‘Comedicare’ clause went into effect, employees were given printed-out articles from NU Flipside, Northwestern’s premiere satirical journalism club, and a marginal copay was deducted from their wages. Unfortunately, the articles were so life-threateningly unfunny, they are thought to have been able to transmit dysentery.

According to Dr. Porcelain Glass of UChicago’s School of Medicine “When you scrape so deeply against the bottom of the barrel for satire like ‘No-Nut Government Shutdown Becoming More Impossible by the Day’, you are bound to dredge up some nasty side effects. Simply put, some thoughts are better left unthought.”

“Oh yeah… we did also found dysentery-causing amoebas on the paper that the articles printed on” Glass later qualified, “which I suppose is fitting because only a single-celled organism could enjoy reading a Flipside article.”