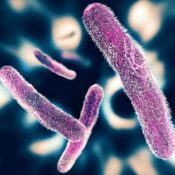 Unfortunately, the articles were so life-threateningly unfunny, they are thought to have been able to transmit dysentery. 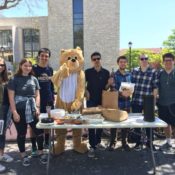 “I can’t get out of bed in the morning, but you can bet that I’ll have a good time riffing off of that for the Flipside,” said Chen. 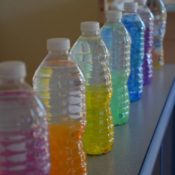 “Personally, I just enjoy it so much I figured the student body would appreciate it, too.” 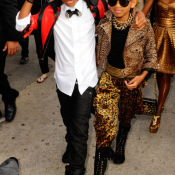 Willow: I mean I’m just doing what I do, and I don’t know how to not do what I do, but if they had Willo day or something, I would definitely do what I do here on that specific day. 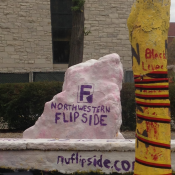 What kind of dicks paint over a racially significant message with white paint?

What Is The Flipside Giving up for Lent?

Attempting to Write Sports Articles: Look, we aren’t athletes. Hell, most of us haven’t even gone to a game this year. But we try our hardest. We like to think that we’re as good at caring about sports as the athletes are at playing them.

First Day of Classes Results in Dearth of Flipside Content

“It’s sad we don’t have anything to put on our website today,” agreed President Andrew Schneider. “Our Facebook page is going to have embarrassingly little content on it this week.”

The Flipside would like to apologize for exposing the world to so many evils: ignorance, people who spread lies on the Internet, and even The Flipside. Look, The Flipside makes things up. People like the things we make up. For instance, we have received hundreds of Facebook likes on articles titled “Class of 2017 Holds Most Diverse Group of White People in NU History” and “New Sorority Pledge in Love With Her Sisters, Unsure of All Their Names.” Despite that 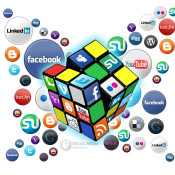 After a Cyberattack on the New York Times, China Targets The Flipside

BEIJING — After using advanced infiltration techniques to target The New York Times and The Wall Street Journal in a “cyberattack,” the Chinese government is refocusing its aggressive Internet policy on The Northwestern Flipside. China views the insightful coverage the publication gives to Northwestern University campus life as invaluable information on the unpatriotic activities of international students. Fortunately, the Chinese plan was thwarted by the professional security provided by WordPress and no information was leaked. Other on-campus publications were also