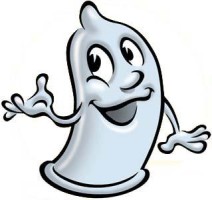 Around the beginning of the quarter, Bobb-McCulloch RA Jenny Olsen set a box of condoms outside her dorm room, complete with a “Take One” sign. Now, more than 4 weeks into the quarter, Jenny is surprised to see that the box has not only not been used, but somehow contains more contraceptives than she originally left out.

“My goal with this box was to make it so, if my residents were intending to…you know…then they would have easy access to protection,” stated Jenny, a third year. “I guess I just didn’t expect my residents to be that unable to get laid.”

Flipside’s investigative team has also been able to trace multiple posts on the location-based message board app YikYak to residents on Jenny’s floor. Many of the messages contain references to the posters being “down bad,” “in need of a sneaky link,” and “so lonely they’ve befriended the roaches in the bathroom.”

One anonymous poster, who remarked “anyone north campus baddies wanna hu on long field [eyes emoji] got off-brand condoms from my RA lol” declined an interview.