Local South Campus Man’s Legs Too Thin, Gangly to Walk All the Way to Tech 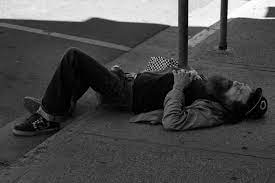 Late yesterday afternoon, a south campus freshman was found semi-conscious and sprawled out spread eagle outside University Library. Passersby described him as “pathetic,” and having “limbs that look like a strong breeze could either break them or just blow them off altogether.” Despite being the thinnest man, anyone had ever seen, he somehow managed to take up the entire sidewalk with his unnaturally lanky and frail body, much the dismay of north campus econ bros who were made late to their Why Poor People Don’t deserve Healthcare 201 discussion section.

When asked where he was going, all he could manage to say was the first chorus to “Defying Gravity” from the hit musical Wicked. “The tone left something to be desired, and it was incredibly flat,” remarked first responders.

Nearby north campus friends described him as “pre-med, but with some other stuff too that [they] couldn’t even remember.”

“It’s frankly ridiculous that I have to walk all the way to Tech,” the man said the next day. “Like, I deserve a moped or something. Do you know how tiring it is to blast music on the Willard Piano at 2AM and then wake up to walk to 8AM orgo?”

When asked why his legs looked so sickly and deathly pale, he curled up into the fetal position and started mumbling about covalent bonds to the tune of “Maria” from West Side Story. He did not respond to further questioning, but we can only assume he has never made the journey up to SPAC either because it is far too scary.