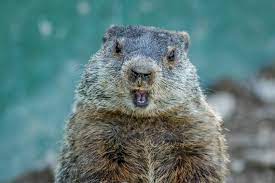 The long-standing tradition of using a groundhog to predict the coming of spring will be updated this year with the Northwestern president to take the place of the woodland creature. On February 2, Morton Shapiro will poke his fuzzy little head out of his hidey-hole house to determine if the brutal Evanston winter (and the student body’s seasonal depression) will continue for six more weeks.

Surprisingly, die-hard Groundhog Day worshippers are not overly upset with the change. “There are only so many years where you can be astounded by a groundhog coming out of the place you expect him to be—in the ground,” stated Chuck Wud, President of the Groundhog Association for Groupies (GAG). “Plus, this really isn’t so different—Mr. Shapiro nibbles on sticks with the best of ‘em.”

This development has not been easy to foster. According to insider sources, it took several months of rigorous training from ex-CIA members to teach Shapiro not to be afraid of his shadow if he does see it on the big day. No explicit methods were confirmed, but there have been rumors of intense positive thought sessions, visualization techniques, and “I can” statements.

It is also rumored that Shapiro has been improving his burrow for his hibernation period, including an 80’’ flatscreen to watch the Wildcats flounder in BIG 10 football in high resolution, as well as some tiny acorn teacups for him to wrap his tiny paws around and sip on room temperature ginger ale.