From the Archives: Dr. Frankenstein says Monstrosity will be solved on a “State and Local Level” 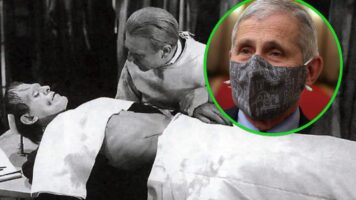 It has been two years since the Monster created by Dr. Victor Frankenstein in Ingolstadt has escaped. German federal officials have enacted numerous measures to contain him, to varying degrees of success.

With the latest peak of property damage subsiding, Dr. Frankenstein, the man in charge of controlling the monstrosity he has created, announced that this problem will be solved on a “state and local level”.

Graph measuring Property damage caused by the Monster over time, in euros per day, for the past two years

As the chief medical advisor to the Chancellor, Dr. Frankenstein has worked tirelessly for the past year containing the Monster, pushing the German population to observe distancing of 60 meters from the Monster at all times. Additionally, once the anti-Monster spray was authorized for use, he urged citizens to acquire it to protect themselves.

However, a year after the first spray has been introduced, a third of the population still remains without proper defense against the Monster. He continues to roam around and gain power as he sews victims’ body parts onto himself.

Some state leaders, such as Jon McSantis of Saxony, have defied the federal stance. In a press conference in the basement of a worn-down inn, McSantis called Dr. Frankenstein a “snuff-addicted fool” and promised to “do [Frankenstein’s] mother” as he ingested a Tide Pod, a folk remedy that supposedly protects against the Monster. In response, Dr. Frankenstein sent a strongly-worded letter of condemnation to McSantis.

When asked whether Dr. Frankenstein has effectively given up containing the Monster, his press secretary has stated that she will “circle back” to the reporter.