Op-Ed: I’m Going to Live Forever. So Far, So Good. 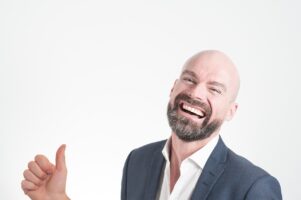 A few days ago, I may have accidentally stumbled on the secret to eternal life. I was sitting in my biology class, and the professor was talking about the purpose of proteins in our body. She explained that proteins perform all kinds of important tasks within the body that allow it to function correctly. Suddenly, it occurred to me: when people die, the proteins in their bodies don’t work anymore. But, as long as I eat food with protein every day, I’ll never run out of them and therefore never die.

When I first realized this momentous discovery, I was shocked. Things finally started to make sense. After the insane number of Zoom lectures that I attended during Covid, I should have died of boredom long ago, but I haven’t. I knew I had to share this discovery with the rest of the class. I raised my hand and explained my logic. The professor just stared at me in shock for a solid five seconds, presumably taking in what must be one of the most important discoveries in human history.

When she finally regained the ability to speak, all she said was: “I may have to reconsider telling you guys that everyone deserves to be here and there are no stupid questions.” After thinking about this for a bit, I knew she was right. I don’t deserve to be a lowly college student. I should be, at minimum, appointed to chair of the department of biology and given a yearly budget of $1 billion to conduct further research. After all, a Northwestern professor may have invented Lyrica, but it’s a Northwestern student who cured death.