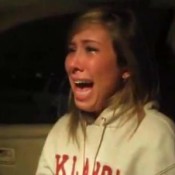 EVANSTON — After news broke of Kim Kardashian’s decision to divorce husband of 72 days Kris Humphries, picketers have overrun Northwestern’s sorority quad. Wishing to show their disapproval of the divorce, sorority girls are all coming together to attempt to form a coherent opinion about something in the news. Sophomore Ashley Carroll of Kappa Gamma stated, “I just don’t think it’s fair that Kim is disappointing all her fans by getting a divorce. It just sets a bad example for 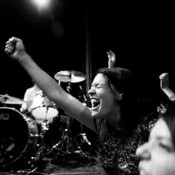 This article was purposefully left unedited. “bout to get #whitegirlwasted” “Wating in line for this bus omf it’s cold as shit y is it so cold uagg” “I shouldn’t hav drank al that win lololololol” “”maybe I should just put my camera up my vagina” @maria_fd9 hahaahhahah #kinkybitch” “I know exactly 2 lupe and 2 m&k songs. Let’s hope they just play them the whole time” “OMG ITS FUCKIN COLD LET US N LUPE” “My nipples are going to be 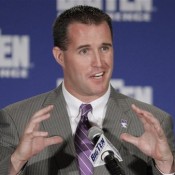 EVANSTON—After enduring four grueling consecutive losses, Northwestern students and fans everywhere are finding it difficult to keep their spirits up. However, it was recently discovered that head coach Pat Fitzgerald has offered head coach of Penn State University Joe Paterno an irresistible bribe to secure a win this coming Saturday for the homecoming game. “I offered him season tickets to see us ‘Cats play next year. I figured it was an experience he couldn’t otherwise get and one that most

EVANSTON — Last Sunday Northwestern University freshmen were forced by the Evanston mayor to pretend they give a rat’s ass and volunteer in their new community through the inaugural SCAPE Project. However, the students were interrupted in their attempted philanthropy by Jesus’ return to Earth. Despite their moaning and bitching about the probable rainfall, disgruntled students, after awakening from the comas Mayor Tisdahl’s speech had put them into, were herded out into downtown Evanston early Sunday morning to “Give Back,