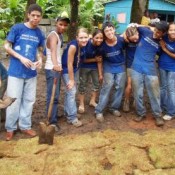 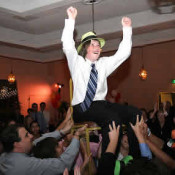 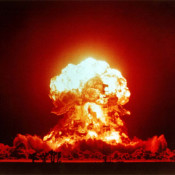 EVANSTON — Northwestern bloggers took to their Macbooks this week after photos of a noticeably fluffier Willie the Wildcat began circulating after Tuesday night’s marching band practice. While NU’s favorite feline denies he’s gained even a little bit of the freshman 15 during his 79th year at college, sorority member Katie VanHousen of Neva Eta Bagela recently tweeted one of the now infamous photos with the hashtags “#ewwwww,” “#SOGROSS,” and “#totalfatty!” “It’s just FUR!” the embarrassed mascot meowed to a 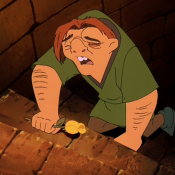 EVANSTON – The “Nothing Happened” Rock is an inconspicuous pinkish rock near Annie May Swift Hall that decrees that “On this site in 1897 Nothing Happened.” The mysterious and perplexing rock has captured the attention of Weinberg senior Andy Atkins, an anthropology and geology double major, who has been studying the rock for three years. Atkins believes that the rock covers a secret entrance to Northwestern’s underground society, Deru. “I never trusted that shady group,” said Atkins, “and when I

Daily NU Editorial: Can Evanston Handle So Many Indian Parents Arriving by Elephant? 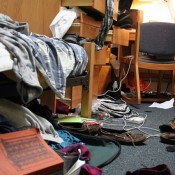 EVANSTON – Approximately one month after leaving home for the first time, dozens of underclassmen have been frantically cleaning their dorm rooms for the first time ever. During their first month of college, these students have been continuously lying to their parents about their cleanliness and organizational habits, saying that college forces them to be much more on top of things than they were back home. In an attempt to sell the lie to their parents when they come to