Does No One Bloody Care That Sir Alex Resigned?! 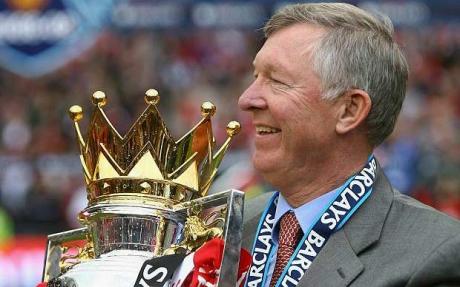 By Alexander Timothy Rawlings III, the British exchange student living on the seventh floor of Plex

I can’t believe this. I bloody can’t. A bloke who’s been the head coach of one of the most famous football (yes, real football, not that sodding joke of a sport that’s ripping off rugby) clubs in the world for TWENTY-SIX YEARS resigns and NOBODY in this country bloody notices? I mean, I’m pretty tolerant, so I understand that you yanks pay more attention to your baseball and other crap boring long games, but how can it happen that a LEGEND like Sir Alex Ferguson retires and I can’t see a bleeding line of text about it on the news?

He led them to NOT ONE, BUT TWO Champions League titles and THIRTEEN victories in the Premiership? Oh, right, you wankers don’t even know what the Premiership is, I bet you nitwits probably think it has something to do with our prime minister and sailing. Oh Lord. This lad was like a FATHER to legends like Cantona, Giggs, Schmeichel, and Beckham. Yeah, Beckham used to play pretty good football before he went Los Angeles to do knickers adverts for a living. I mean come on, there is a massive statue of Ferguson standing outside the home of Manchester United. Oh, and did I mention he was knighted by the queen?

But you lot just don’t seem to get it. You care about the Red Wings, but not the Red Devils. You care about your Wrigley Field, but not Old Trafford. I could go on, you care about – WHAT?! PAUL SCHOLES IS RETIRING AS WELL? Wow, this is huge, let’s see the coverage on the telly…

SERIOUSLY? NOT A MENTION? YOU HAVE GOT TO BE BLOODY KIDDING ME!!!

DISCLAIMER: The Flipside doesn’t even know Alexander Timothy Rawlings III is. He must have hacked our WordPress. Who is Sir Alex Ferguson?