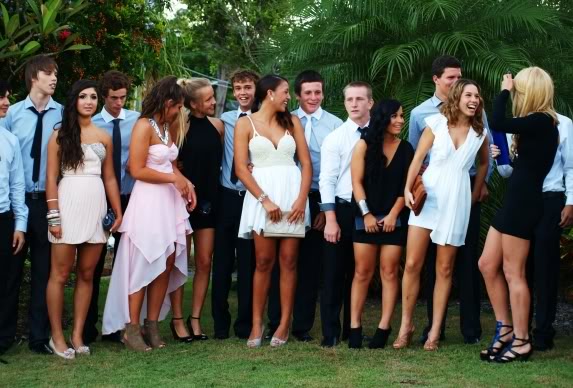 Because apparently it’s socially acceptable to pay to draft your prom dates in Orange County, The Flipside has organized the first annual Northwestern Date Draft for the spring formal season. Need someone to complement your I’m-on-a-boat profile picture? Want an accomplice in getting blackout? Just dying to have another face-palm moment every time you walk down Sheridan? Register for the Formal Date Draft!

We’ve rated Northwestern’s top 100 prospects, from the good to the bad to the nonexistent (forgive our heteronormativity). Just like the NFL draft, we’re not picking any RBs and we’re definitely not picking Kain Colter. And no, Justin Barbin is not eligible for the 2014 draft.

1. Chester M. Hanks.
2. The date who bribed you with open bar.
3. Adam Levine with brown hair.
4. Adam Levine with bleach blond hair.
5. Guy who bribed you with $8 beer.
6. A Flipside writer.
7. Guy who drove you and your friends home from the frat party in the rain.
8. Your Safe Ride driver (marry me).
9. Morty!
10. Guy who gave you his sweatpants to walk home in.
11. Your boyfriend.
12. Your gay best friend.
13. Your friend with benefits.
14. Your friend’s friend’s acquaintance.
15. Your friend that your friends want you to date.
16. The pledge hubby.
17. An out-of-town friend.
18. Cute kid in your stats class.
19. A friend’s pledge hubby.
20. Guy who makes sure you don’t get too blackout and say stupid shit.
21. Guy who took you to dinner that one time.
22. Friend you bribed with alcohol and/or open bar.
23. Guy who will go to your sorority philanthropy after you ask only three times.
24. The Deuce attendee the Thursday before formal with an unknown last name.
25. Guy that has a better fashion sense than you do.
26. The White League participant who thinks he’s Division I Varsity.
27. Guy you’re texting where it’s an unclear weird phase???
28. Guy who keeps asking to come to your formal.
29, Your TA #pipedreams
30. Percy the Gay Stoner.
31. Mark Witte.
32. Mark Witte’s emails.
33. Guy who comes to everything.
34. A freshman.
35. A senior!
36. Kid you met at camp.
37. Speed dating participant.
38. Sweaty guy at SPAC.
39. Slightly sweatier guy at Patten.
40. Way less sweaty guy at Blom.
41. Starbucks barista who makes a killer skinny vanilla latte.
42. Case of beer #caserace
43. Whole Foods cashier who ignores your blatantly fake ID.
44. Jimmy John’s bicycle guy.
45. Your Cheesie’s waiter.
46.11 a.m. WOB patron.
47. The guy who brought you up on rooftop before he mentioned he had a girlfriend because that isn’t #mixedsignals
48. The top yakker in your area.
49. ETHS kid who asked you to prom. Don’t worry; his mom will drop him off.
50. Guy whose pizza you stole because of the drunchies.
51. Guy who Facebook friended you while you were still at the party.
52. Person from Loyola/DePaul/UChicago/DeVry.
53. A very full flask of Svedka.
54. The basic bitch.
55. Your CA.
56. Your PA.
57. Your CSO.
58. Norris IT guy.
59. Shedd Aquarium throw-up kid. THANKS A LOT.
60. Your best friend’s old hookup.
61. A somewhat-full flask of Skol.
62. The rom-com guy. He watched The Notebook and cried.
63. Your brother.
64. Your dad.
65. The Tinder message that says, “You’re the most gorgeous person I’ve ever seen.”
66. The Tinder message that says, “I have a decent penis.”
67. Frat star who tells everyone about the top tier frat he got a bid to but didn’t join.
68. Someone in a pirate costume.
69. Professional text ignorer.
70. Hookup from Gone Greek Night 2012.
71. Last year’s roommate’s ex-boyfriend.
72. The guy whose favorite artist is Pitbull. Timber is his “jam.”
73. Your fictional TV boyfriend.
74. High school prom date.
75. Your rush crush, because she should have been at your formal to begin with.
76. Your angry feminist roommate.
77. 4 a.m. Facebook message booty call.
78. Guy who adds extra vowels to any word when he’s really thirsty (could still be 4 a.m. Facebook message booty call but not necessarily).
79. That kid in your discussion section that you sometimes want to punch in the face.
80. The one you forced to come at gunpoint.
81. Come-from-behind dance floor grinding attack dude.
82. Someone in a hot dog suit.
83. A cheese pizza.
84. Guy who threw up on the bus to last year’s formal.
85. Laptop with Netflix and wifi.
86. A Daily Northwestern columnist (always a controversial pick).
87. A Sherman Ave pseudonym—not the person, just the pseudonym.
88. One of the campus rabbits.
89. The guy who keeps negging you when you tell him to look up negging.
90. One of the campus squirrels?
91. The guy who never has the physical capacity to walk you half a mile home.
92. A campus raccoon!
93.  Cardboard cut-out of a One Direction member.
94. The cat caller.
95. Guy who said you have “too much emotional baggage,” because any form of life experiences is vastly overrated.
96. Guy who gave you emotional baggage for saying you have too much emotional baggage.
97. Guy who will try to hook up with your pledge mom (multiple times).
98. The asshole who needs a five paragraph essay to explain why you don’t want to have sex with him, preferably one that involves daddy issues or previous sexual experience.
99. The slut shamer.
100. Guy wondering if this article is about him. Most likely the answer is yes, and no, I’m not sorry about it.

The 2014 spring formal season looks to be full of surprises. If you don’t want to end up with the Cleveland Browns, it might be worth trading your friend’s peplum dress for a first round pick. More importantly, may the odds be ever in your favor.