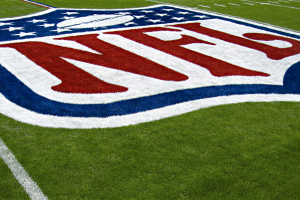 UNIVERSITY OF PHOENIX STADIUM — Despite facing a multitude of criticism this season, the National Football League is invoking a controversial change for the 2015 playoffs by reassigning team mascots.

“Since no one cares what I do any more, I decided to change all of the team names,” Commissioner Roger Goodell said in a recent press conference. “Who even cares what happens in a match up between a bronco and a seahawk?”

The NFL designed the new emblems to be more intimidating in the hopes they will evoke genuine fear from opponents. While avid fans and casual viewers alike may be confused by the different names, even the largest critics are anticipating what may potentially be the most terrifying postseason yet.

Sports analysts predict the New Orleans Naked People could potentially end up with the Vince Lombardi trophy this year but other favorites include the San Francisco Satanic Cults, the Detroit Death Beds and the Baltimore Scary Bird Attacks. Long shots include the Chicago Clowns and the Cincinnati Claustrophobia-Inducing Small Spaces.

Despite not making the playoffs this year, some of the other teams, including the Minnesota Injections, the New York Ghosts and the Pittsburgh Public Speakers, are hoping their new images will revitalize their fan bases for next year.

“We believe our new look will connect with most people who devote way too much time to sports,” said a spokesman of the Indianapolis Intimidatingly Beautiful Women. A member of the Washington Forever Alones was unavailable for comment.