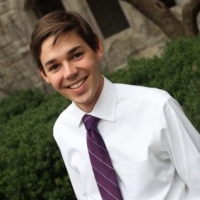 Josh Matthews, WCAS ’18, who is currently studying abroad in Uganda, has decided that the country isn’t so bad after all given the events of the 2016 election season in the United States. Sources report that this revelation occurred when he saw Donald Trump insult veterans, Muslims, Republicans, and fucking babies in just the past week.

In an international press release, Matthews stated: “I know the government here is pretty shitty, and violence is like sort of an issue. But if Trump is gonna be president I’m probably better off here.”

Matthews also stated that he was just saving himself some time and money, because otherwise he would just have to leave the U.S. again immediately when Trump was elected.

“The man is literally insane, and I don’t wanna be a part of the nation that starts World War III,” he said. “Uganda has its faults but they’re tame in comparison honestly.” Unfortunately, Matthews was abruptly cut short when a riot began outside of his host family’s home.

However, he is allegedly having trouble convincing the school to let him remain in Uganda after the quarter ends. Sources say they are trying to convince him that Trump isn’t so bad, but many suspect that even they don’t believe that and are considering moving to Uganda as well.