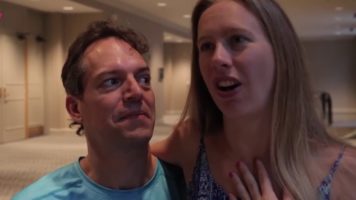 As a long-standing tradition since 1982, Northwestern students have screamed their lungs out the Sunday before finals week as part of the quarterly Primal Scream. However, with midterms coming up, students unanimously decided to relieve their stresses a little bit early this year by partaking in Primal Scream on National Boyfriend Day instead.

Screaming could be heard from all over campus, with the disruption occurring everywhere from the Bobb basketball courts to the muddy path by Ford. Chemistry professor, Carolina Barnes, says she’s never heard anything like it. “I know my exams are hard, but I didn’t know they were unbearable. No matter where I went in Tech, I kept hearing my students cry ‘fuck!’ or ‘harder!’ incredibly passionately, and I’m really starting to think I should take it easy on my students now. I mean, it’s only Week 3!”

Northwestern couple, Sophie Koenig and Adam Nica, participated in this year’s Primal Scream by taking a quick break from studying and sneaking off to 1South a.k.a. The Collab Zone, where they claim they “sure did a whole lot of collaboration.” When asked to make a statement about her thoughts on the tradition being moved early, Sophie said, “I’m surprised they haven’t implemented this sooner! It’s like killing two birds with one stone. After all, my GPA isn’t the only thing that can satisfy me.”

Featured, Local, No. 229 Boyfriend Day, Chemistry, Guys if you read the tags the article is about orgasms, Howloween, Midterms, NUPD, Primal Scream, Satisfaction