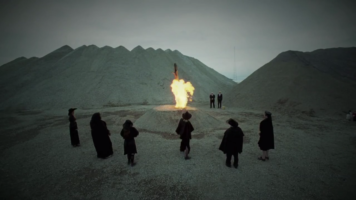 In the spirit of cultivating a safe environment for the women of Northwestern, the Pan-Hellenic Association has decided to finally ban the unofficial, long-standing tradition of sacrificing the ugliest sorority rushee by burning her at the stake in the spirit of sorority excellence.

Several members of the Greek community expressed disappointment over the ruling. Phi Delta Gamma sorority rush chair Emaleigh Blair (WCAS ’19) had some specific qualms with this historic decision. “I really think this is going to negatively impact inter-sorority relations on campus,” she huffed. “I mean, this used to be such a great way to meet girls in other chapters. Some of my closest non-Phi DG friends have come from the annual meeting where we gather to decide which uggo we’re gonna barbecue.”

Sources within PHA who prefer to remain nameless have explained that the ritualistic burning at the stake is supposed to symbolize a phoenix. An anonymous junior within the organization explained the following to a Flipside reporter: “So, like, okay. The idea is that by burning a girl at the stake we’re making her sort of like a phoenix, where she dies all weak and gross but rises from the ashes in the image of sorority excellence, which is like, hot with a killer ‘fit. Obviously, that never happens and we just have to get someone off Craigslist to clean it up, but like, that’s the vague goal.”

When Blair and the anonymous PHA sources were asked if they had ever participated in such an event, they both replied vehemently that they would never partake in something so barbaric. However, both visited Searle last January in suspiciously close-timed visits, citing their reason for the visit as “smoke inhalation.”

Although this illegal act has been officially banned, some worry that renegade upperclassmen will take it upon themselves to continue the tradition underground. While there’s no word on who the freshmen target this year may be, Blair remarked that “that Slivka freshmen who wore an Aeropostale t-shirt and Toms for set three better fucking watch it.”