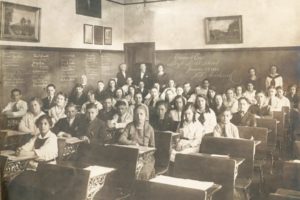 The School of Education and Social Policy, or SESP, is the latest Northwestern institution to fall victim to the recent wave of attempted budget cuts. However, President Morty Schapiro was shocked to find out that SESP does not have a budget in the first place.

In an official statement, Morty expressed his disappointment in light of this startling turn of events. “Not gonna lie, I’m pretty bummed. I was hoping to cop at least a few thousand,” he admitted. “I couldn’t believe it when they told me they don’t actually have a budget. I was really banking on using that money to get a Christmas gift for Magic Johnson. Maybe it’s for the best, though – I mean, these students want to be teachers one day, so they might as well get used to being underpaid and underappreciated.”

According to Flipside sources, SESP students are less than thrilled by the news. Jenny Adams, a representative for the school, told the Flipside: “It’s already bad enough that we’re broke. None of the classes have gotten new textbooks since 1927. We’re trying to keep up with everyone else – we almost have enough money for a rotary telephone – but that’s hard when the administration keeps taking away money that we don’t even have. SESP might be the smallest school at Northwestern, but we still deserve to be respected.”

At press time, all twelve SESP students were seen going to meet with Morty, hoping to secure some funding for their school.