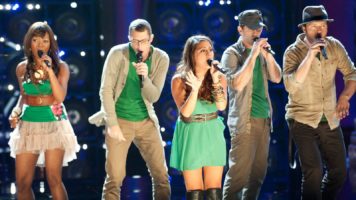 With fraternity pledging season coming up, frats are looking at creative tactics to weed out and humiliate freshmen attempting to get into their friendship and drinking clubs. This year, Frats have pulled their most diabolical hazing ritual out of their bag of hazing tricks: forcing pledges to sit through the entirety of a multigroup Northwestern a capella concert.

“When we’re adding new members to our frat, we’re looking for devotion to the brothers,” said an unnamed fraternity recruitment chair. “And nothing says devotion better than sitting through seven different renditions of ‘Since You Been Gone,’ sung by groups each containing exactly one minority. And of course, don’t forget having to pay five dollars for an experience that is just your friends singing in a classroom.”

However, there might be administrative backlash in response to these new rituals. “Northwestern needs to be a safe space for all students,” said university president Morton Schapiro. “I understand that boys will be boys, but nobody should have to endure the agony of a student a cappella show.” At press time, Schapiro warned that this hazing ritual could finally get SAE banned once and for all.