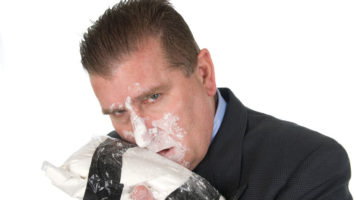 Americans rejoiced last week as new study conducted by Harvard University concluded that cocaine served as an excellent alternative to mundane bodily tasks such as eating, sleeping, blinking, breathing, and having a pulse. “After we blew through all of the university grant money on low quality blow, we figured we should probably write some of it down” said Isaac Conklin, head researcher on the project. “Our intern Carl was more than happy to let us pump a near-lethal amount of snow in him until he completely lost the ability to feel pain.”

The impact of this study, however, extends past that of just the university. “In this age of diet pills and caffeinated drinks, it’s hard to stay on top of the stress in life,” said Molly Chapman,Weinberg ‘21, “but after reading this study, I know that at the low cost of my internal organs, I can stay up later and stay thin.”

Harvard has long been the frontrunner in researching the effect of substances on the human body after its study on weed proved it actually makes you cooler. “The key to doing greatresearch is ignoring trivial things like international sanctions from boring human rights organizations,” said Lawrence S. Bacow, president of Harvard University. “While Harvard found significant backlash from lil’ bitches after our study on whether bath salts improves the taste of human flesh, we’re committed to the pursuit of science. And human flesh.”

Dr. Bacow says that Harvard’s next mountain to climb will be to see whether or not meth causes you to THE SPIDERS THE SPIDERS ARE CLIMBING IN MY EYES.