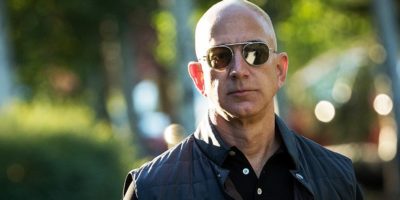 People with functioning moral compasses around the world were astounded recently when Jeff Bezos, CEO of Amazon, announced that he would be donating $10 billion to fight climate change. However, it turns out this was nothing more than a big misunderstanding, as Bezos has now admitted he simply “donated to the wrong Amazon.”

“Anyone could have made this mistake,” Bezos said in an official statement. “I mean, just look at the names. There’s the Amazon Foundation, which I own, and then there’s The Amazon Foundation, which is about some big jungle in Mexico or something. I don’t know. It’s a very subtle difference. Besides, capitalization isn’t really my strong suit. Even the Amazon logo isn’t capitalized. I’m much more of a capitalism kind of guy, you know?”

When asked if he would be interested in donating to The Amazon Foundation as well as the Amazon Foundation, Bezos immediately shook his head. “Look, I love trees as much as the next guy, but the truth is, Amazon needs the money more than the Amazon right now. We’re currently working on a groundbreaking initiative to put a slanted toilet in each one of our warehouses. I may be stupid rich, but even I can appreciate the value of an exploitative toilet.”

In an official statement of their own, The Amazon Foundation said concerning Bezos: “Considering the fact that the man uses cash to wipe after taking a shit, we are not sure we would want the money anyway.” Bezos has not yet issued a response to this statement.