Pfizer Reports Vaccine Effective For 90% of People! Other 10% Contract Chlamydia. 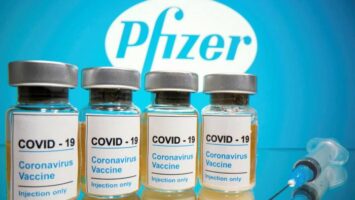 Over the last 8 months, the world has anxiously awaited the development of a cure for COVID-19. However, Pfizer has announced a new vaccine that successfully protects 90% of all people who take it against COVID-19. While many see this as the end-all to coronavirus, others are skeptical over the efficacy of the vaccine.

“Ever since I signed up to test the vaccine, my balls have been itching”, said Jay Mast, who asked to remain anonymous, “at first I thought I got it from a Tinder date, but then I remembered you can’t contract an STD if the girl doesn’t get pregnant, so it had to be the vaccine.” When questioned about the testing program, Jay admitted he didn’t actually know what coronavirus was.

While many individuals are skeptical about the new announcement, many scientists are far more confident in the power of the new vaccine. “Dude. It’s not a big deal. Everyone’s got chlamydia nowadays,” said Johns Hopkins researcher Harvey Cumberland, “hey, even my girlfriend randomly got it after going on a work retreat, and, before you ask, she promised me that she didn’t sleep with her coworker Rodney.”

In response to the previous allegations, Pfizer has publicly denied any intentional wrongdoing. “After Pfizer failed to make a profit last quarter, the laboratory cut down on equipment spending. In response, many of our male researchers found a resourceful, yet slightly unethical, alternative to the stirring sticks,” said Pfizer CEO Albert Bourla, while scratching his crotch, “in reality, this scientific achievement is groundbreaking. In fact, I would ask you all to clap, but why bring gonorrhea into this too?”