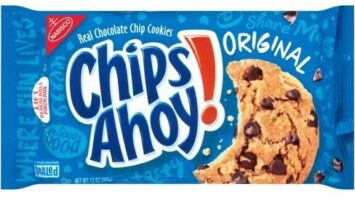 Chips Ahoy! has reported that nearly all of its employees have tested negative for the novel coronavirus. However, they have tested positive for a far more head-scratching disease: the naval scurvy.

The company discovered the outbreak after scores of employees started falling mysteriously ill, with symptoms of bleeding sores, tooth loss, and yellowed skin. A few employees even reported sprouting wooden peg legs, as well as  inexplicably and collectively breaking out into sea shanties.

But it was the sudden change in dialect that finally tipped executive manager Rhett Beerd off to the possibility of scurvy. “If we werrre talking like we werrre sailing the high seas, I knew therrre was a chance we had that currrsed disease,” Beerd said, picking a piece of mutton out of his teeth with his newly shined hook.

He required every employee be tested for scurvy. The highly complex testing process included having blood drawn, mopping the deck and sparring with a member of a feuding ship.

“I used to hate mop duty, but now I can’t get enough of it. I don’t know, it’s verrry therrraputic,” said employee Bill Buttey.

Intrigued by the rapid spread of the illness through Chips Ahoy!’s ranks, scientists launched an investigation. They soon discovered that just saying the word “Ahoy!” created scurvy molecules that spread through the air, infecting any employee who inhaled them.

In a statement, parent company Nabisco said that the ease with which scurvy spread among employees will definitely lead to a “sea change” in their operations.