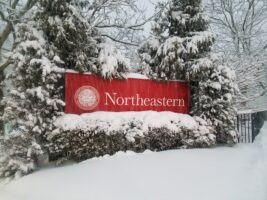 Brianna Yates, a 17-year-old high school senior in Richmond, Virginia, made a so-called “honest mistake” after headlining her application essay “Why Northeastern.” At press time, Northwestern University officials and President Morton Schapiro were in route to Richmond.

“Seniors must understand the consequences of their actions” Schapiro stated grimly. “This institution was built off of the very best in the country and world, and after years of doing laundry and making coffee for the US News Best Colleges Writers, I simply will not tolerate any sort of confusion with a school ranked above ninth, or below, for that matter.”

Provost Kathleen Haggerty was on the same flight as Schapiro and served as his spokesperson at the time as the President was too angry to go on speaking. “After August 28th, we’ve gotten used to sending emails that cause students to lose their fucking minds, but I’ve never had more trouble drafting an email to the student body than now,” Haggerty mentioned in conversation with reporters in Evanston. “I think it’s going to hurt the most vulnerable among the Northwestern Community: alumni that name drop Northwestern during every conversation and claim that the Ivy League is ‘a social construct.’”

Yates commented that Schapiro had supposedly direct messaged her on Instagram and threatened to tell her entire high school that she is the nastiest skank bitch he’s ever met, and that people should not trust her as she is a fugly slut. Yates brushed off the threat and mentioned that “I don’t really care if I go to Northeastern instead, like it’s pretty much the same as Northwestern anyway.”

Northeastern University president Joseph Aoun elicited confusion in responseto the event, claiming that he didn’t realize that Northwestern University “was a thing” and stated that most applicants confuse Northeastern with the University of Chicago, otherwise known as the Ivy League of the Midwest. He addressed Schapiro in a statement on twitter with “bro if you’re worried about copyright issues, just contact me directly.”