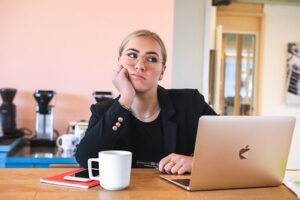 A new study shows that over 200% of Northwestern students ignore the One Book, One Northwestern emails that go out every week. It also concluded that such emails serve absolutely no purpose, other than reminding the majority of students how shitty they are for not reading whatever book it was that they were supposed to.

Researchers found that the One Book emails arrive at different times for everyone, showing up in your inbox with a plethora of other emails that are generally ignored. They slide in unnoticed, sadistically watching you freak out over your fifteen unread emails that are somehow all from the last three minutes.

“We still don’t know how they were able to remove the ‘unsubscribe’ option at the bottom of theemail, but we’re looking into it,” one researcher told The Flipside. “It’s truly remarkable how more people read the Northwestern Bookstore and Dance Marathon emails than One Book—we never saw that coming.”Even the Northwestern administration advises against reading the One Book emails, stating, “Although we are nerds, we are not UChicago. Anyone found reading the emails in their entirety will be forcefully transferred.”

To keep students informed, The Flipside will begin sending out weekly email updates regarding the research into this situation, to which you cannot unsubscribe.