Professor’s Screenshare Brings Up Wikihow Page for “How to Kiss” 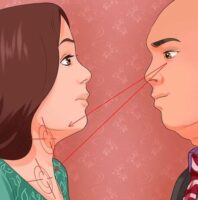 Last Friday afternoon, students in Physics 322 witnessed the accidental reveal of a Wikihow article entitled “How to Kiss (With Pictures)” during their professor’s screenshare. Beady B. Beatty, an Astronomy and Physics tenured track professor and eager student of Frenching, was likewise traumatized by the accident.

Instead of simply ending the screenshare, Beatty’s panic caused him to accidentally scroll to the bottom of the article. This could have been a saving moment, except for the fact that he had paused on step 3 of 32 (“Set the mood with a romantic compliment”), meaning his students were left to purvey almost the entirety of the article as Beatty murmured prayers into the webcam. Beatty successfully closed the webpage, which unluckily revealed additional Safari tabs of searches for “what is a boob.”

Beatty next made the excellent call of quitting Safari altogether, to avoid uncovering further Google searches about “hot algebra reader insert fanfiction,” but unfortunately, this revealed a Netflix window on his desktop onto which Imitation Game had loaded, playing the scene where Keira Knightly and Benedict Cumberbatch lock lips. Finally, Beatty made the superb decision to throw his laptop out the window and into the street, where a moving bus full of eighteen Canadian tourists ended the Professor’s broadcast, as well as the life of a local adolescent squirrel, under its wheels.

Logging back into class from a library computer, Professor Beatty apologized to his students for the blunder. However, Beatty’s students reassured him that the incident had in fact been “a great learning experience”. To Beatty’s surprise, every single student in Physics 322 had actually been taking notes on the article as the professor had maniacally tried to salvage his lecture. “It was actually a very magical experience,” reported Beatty. “If every member of my class is a virgin, then by the simple property of induction, none of us are.”