From the Archives: Young Girl Collapses From Too Much Deliberation About Whether To Wear the Arctic Monkeys AM Shirt with Black Tights or the Lorde Shirt with Gray Tights to Show Lucas From Language Arts That She’s Not Like Other Girls 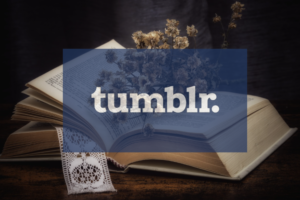 North Shore Evanston Hospital doctors discovered a new condition last Thursday, Sept. 25, 2014, after a young girl was rushed to the ER in critical condition. Marina Phillips, 13, apparently collapsed on her bedroom floor after erupting in a scream of distress as she tried to pick her school outfit.

“I was up till, like, 2 AM scrolling through Tumblr and Pinterest for outfit inspiration,” wailed a distraught Phillips. “I was trying to find the perfect outfit to show Lucas from language arts that I’m, like, totally random and adorkable!”

Hospital physician Dr. Kanye East attributed the still unnamed condition to an acute combination of excessive Sharpie fume inhalation from applying Dan and Phil-style cat whiskers, eye strain from staring at the neon athleticwear of her crush, and repeat listening to the beginning of  “Heavydirtysoul.”

“There’s just too much going on in that intro. It’s really jarring,” East said. “Personally, I would advise against listening to it in any circumstances, but medically, I must draw a line at listening to it in pink cat-ear Justice headphones. In fact, I’m shocked the audio distortion wasn’t lethal.”

Phillips’s mother, Laura, is convinced that the official diagnosis is lacking. “I just know this is because Marina keeps drowning her Sims!” she insisted.

Phillips was discharged from the hospital yesterday and appears to be in stable condition, although since she missed Language Arts, Lucas paired up with Kira instead. Dr. East has reportedly ordered staff to discretely prepare a room in case the realization leads Phillips to collapse once more.