Michael Jackson Appears in Lecture, Introduces Self with Hee/Hee Pronouns 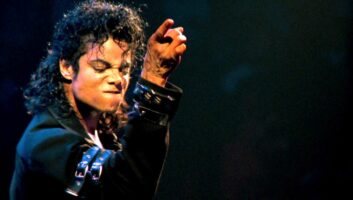 Shamone! King of pop Michael Jackson reportedly appeared out of thin air during an Intro to Psych lecture last Wednesday.

According to eyewitness accounts, a groovy drumbeat and a burst of smoke interrupted Professor Simon’s spiel on the corpus callosum. Jackson reportedly then moonwalked out of the fog accompanied by a nasty guitar riff.

“Honestly, I just assumed it was a super senior or a sorority mom” said Professor Simon in a statement to the Flipside. “Once the smoke cleared, I asked them to introduce themselves in the standard way. Name, major, hometown, and pronouns.” The person introduced heeself as Michael Joseph Jackson, undecided, from Gary, Indiana and using hee/hee pronouns.

“I didn’t want to be the one to say something, but it doesn’t seem grammatically correct,” said SESP sophomore Julia Lapin. “How do you know which ‘hee’ is the past participle?”

Luckily for Lapin, there wasn’t much time to think about the practicality of hees pronouns because the lights in the room turned blood red and Satan himself appeared.

“Somehow hee managed to escape Hell without me noticing,” Satan told Flipside representatives. “My guess is that hee struck a deal with Rush Limbaugh to get heeself out.”

When asked about his thoughts on Jackson’s pronouns, Satan said “Oh, hee’s valid. Hell is like the square-rectangle relationship. Not everyone in Hell is a bigot but every bigot is in Hell. Now if you’ll excuse me, I’ve got to put this guy back where hee belongs.”