Op-Ed: I Just Wanted to Echo What the Other Op-Eds Have Already Said 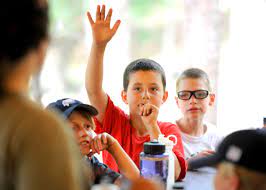 Yeah, I just wanted to echo what the other op-eds have already said. Just like going off of what the authors of other op-eds  said earlier in our discussion, regarding like the points that have been raised, I think that what they all said earlier was really on-the-nose. Piggybacking off of that, I just think the way they phrased it was really well. Well-phrased. Which time? Oh, I don’t remember exactly, because so many of them were making such great points and I just wanted to swandive off of that. Sorry, am I talking too much? Because I’m not quite done making my case.

As for my own original thoughts regarding the matter at hand, I think that like, well, I don’t really have a fully formed thought haha. Mostly, I was just thinking, like, that’s it, I was just thinking. Actually, something I was thinking was that someone should really take a stance on this, because not taking a stance is just as bad as taking a stance. Or, wait, that doesn’t make sense– no. I’m standing by what I said. And I’m standing by what everyone else has already said. I hope this isn’t too divisive. Actually, to play devil’s advocate, maybe we should, like, strive for more than what’s been said. Like not just to take a stance, but like feel, um, your stance. So yeah. Blaah.