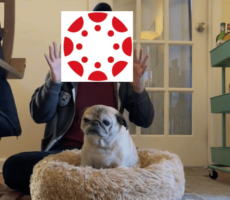 When Nelly Nelson logged into Canvas at 9 am on November 8th and saw an announcement at the top of her screen, she assumed it was yet another failing Chem grade and slammed her laptop shut. Of course, Nelson could not actually read the content of the alert, as her eyes were debilitatingly blurred with stress-induced tears, and so did not see the message that today would not just be a great day, but a Bones Day.

During the course of this so-called Bones Day, Nelson received a disheartening text from her perpetually disappointed father, 60 Canvas notifications reminding her of all the assignments she needs to complete by the end of the quarter in two weeks, and an email informing her that the math department had no choice but to fail her for all current and future classes because she forgot to include the date at the top of her calculus midterm. All of this occurred before 11 am.

Her day got even worse after multiple conversations with fellow STEM students in which no one seemed to care that she was pre-med. “I kept on repeating it and repeating it,” Nelson told reporters through sobs, “I mean, there was just no response.”

Later, while walking back from Tech, already feeling discouraged and unappreciated, Nelson proceeded to get hit by 4 bikes, 2 mopeds, and, most embarrassingly, an electric one-wheel perfectly operated by someone twice her age, all while Northwestern Canvas administrators were presumably scrolling through Tik Toks of Emily Mariko bowls and all-knowing pugs.

Upon returning to her dorm at the end of the day, Nelson was inconsolable. However, after wiping her eyes with one of the fifty crumpled-up rough drafts of her final paper worth 120% of her grade, Nelson was finally able to read the Canvas announcement 2 inches in front of her face. She promptly smashed her laptop into pieces.