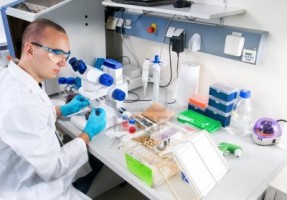 A groundbreaking new study by the Nestle-Kroger-Mills-Kraft-Heinz food giant recently concluding ingesting large amounts of your favorite carbohydrate is the best way to stay healthy.

Diana Betes, director of media relations at Nestle-Kroger-Mills-Kraft-Heinz, told the Flipside that the bad stomachaches that were thought to follow glucose gluttony are a result of fear mongering by doctors, scientists, and the anti-maltose mafia.

“The mind is so powerful, if you convince yourself our mouthwatering maltose is gonna hurt you, your body may actually manifest the impacts of that mindset.” said Betes.

She continued, “I just feel so bad for all those people out there who were fooled by the main-stream protein-pushers that sugar, and specifically high-fructose corn syrup, was actually dangerous. I mean, how utterly laughable!”

Not all were satisfied with the study. Some in the “actual food” industry were particularly frightened by the potential losses the findings could bring on. A new bill proposed in the House requiring households to give out vegetables on Halloween seems to both assuage the fears of farmers and to make the October holiday infinitely more scary.