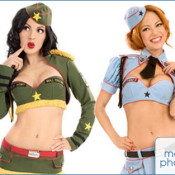 Autopsy reveals Gaddafi died after tripping over his own name

TRIPOLI – An autopsy performed on the body of Muammar Gaddafi revealed that the former Libyan premier died not from a gunshot wound as was originally believed but instead from blunt force trauma sustained when he tripped over the spelling of his own name. He promptly went tumbling down the stairs in his Sirte safe house, causing internal injuries from which he would not recover. One of Gaddafi’s right hand men, Tarek Al-Abgari, confirmed this finding. “He was just standing 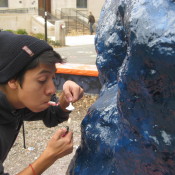 EVANSTON – Evanston junkies were outraged yesterday when they found out Northwestern University’s beloved Rock is, in fact, just a rock. A recent increase of recreational crack-cocaine users on the Northwestern University campus has stirred up some talk on campus. However with all the work, the cold settling in, and the football team unable to stop any team’s offence, their presence isn’t quite at the top of anyone’s worries list. It turns out the drug users have been flocking to

10 Points for Hufflepuff: A Magical Account of a Freshman’s Halloween Night

The following document was discovered on the bathroom floor of the North-Mid Quads Hall on the morning of November 1, 2011. Written in a hurried scrawl on parchment, our editors did their best to decipher the piece, allegedly written after the local Psi-Phi Fraternity’s themed party: I think the scar really did the trick. Through the glow of the club lights, I could tell Beth was down for some snogging. We locked eyes from across the room, she in her 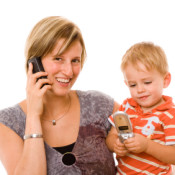 TOLEDO, OH – Samuel Joseph Wurzelbacher, better known as “Joe the Plumber,” unexpectedly announced Thursday his plans to challenge Obama in the 2012 presidential election. John McCain and Sarah Palin used “Joe the Plumber” as a metaphor for the middle class in the 2008 presidential election, so Wurzelbacher already enjoys nationwide name recognition. His platform focuses entirely on bad plumbing puns and one promise: “They’re not going to catch me in a lie.” One political commentator pointed out that an 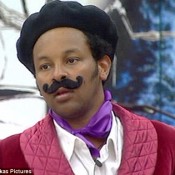 EVANSTON – Auguste Rault has faced accusations of being French ever since he came to Northwestern University with a backpack full of baguettes and cigarettes in 2010. Rault, a sophomore French major, claims that this stereotyping is evidence of a culture of ignorance prevalent among “fat, American, spoiled” Northwestern students. Rault, while moodily chain-smoking in the pouring rain, explained that people question him about whether he is French almost weekly. “It’s almost as if a man can’t dwell on the

Northwestern Professor Has No Fucking Clue How to Use a Microphone

Northwestern Professor Has No Fucking Clue How to Use a Microphone