Safe Ride Slay! My Car Was 20 Hours Late and Drove Me Into the Lake Kendall Roy-Style 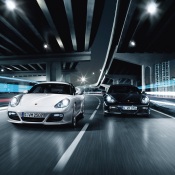 “We also have engines that rev,” says DangerRide driver Dominic Torretto. “Priuses are for pussies.”

EVANSTON – In an unprecedented move on Monday, the president of SafeRide announced that the organization was considering a name change after one of its vehicles T-boned a minivan, killing two of its own passengers and the driver of the other car. “Safety obviously isn’t part of our image anymore,” said Michael Grossman, the president of the organization. While numerous apologies and public statements have been made since the accident, this is the first that denotes any change in policy.

EVANSTON—Last night around 1:45 AM, SafeRide driver Jimmy Sloan was arrested for driving under the influence of alcohol while transporting Northwestern sophomore David Bernstein from a ZBT frat party to his south campus residence. According to Evanston police officer Ralph Williams, Sloan attempted to street race on Sheridan Road with an Intercampus shuttle which was not willing to join him. Said Sloan, “I give him the look, you know? The bus driver made eye contact with me so I knew