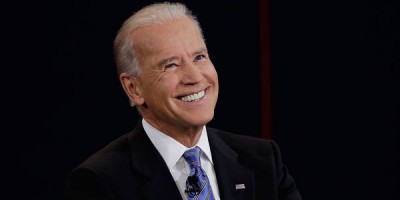 WASHINGTON — Vice President Joe Biden may have instigated World War III last night during a last-minute campaign stop at Georgetown University. The gaffe-prone politician was delivering a short speech encouraging students to vote when he accidentally declared war on Iran.

“We’re still not entirely sure what happened,” White House aide Michael Howard explained. “One minute he’s reading from a prepared statement about the Founding Fathers and the next he’s assembling the Joint Chiefs of Staff to authorize a pre-emptive strike against Iran’s nuclear facilities.”

“Honestly, the transition was so smooth I hardly noticed.”

Although an official declaration of war requires authorization by Congress and cannot be issued by the executive branch, many analysts have noted, “that’s never really stopped them before.”

Georgetown students criticized the event as disappointing; organizers were not only forced to cancel a highly-anticipated Q&A with the Vice President, but all draft-eligible attendees were forced onto Fort McNair-bound buses for basic training the next morning.

Insiders are comparing this latest incident to a similar faux pas in December of last year, when Biden accidentally launched a nuke at China. Aides blamed the incident on a “hilariously tragic” floor plan involving a misplaced footstool and a giant glowing red button.

The Romney campaign immediately called an emergency press conference to denounce Biden for his dangerous and impulsive actions.

“I’ve been saying it since 2008, and I’ll say it again!” Romney bellowed from his makeshift podium. “The Obama administration has employed a foreign policy so harsh and… and punitive that it borders on criminally irresponsible! Our nation is on the brink of collapse, and we need leadership that won’t take part in the sort of… provocative sabre-rattling that created these Middle-East conflicts in the first place!”

“I promise that if… sorry, when elected, my very first action as President will be to fly to Iran, sit down with the Ayatollahs, and make sure they understand how deeply sorry and ashamed America is.’”