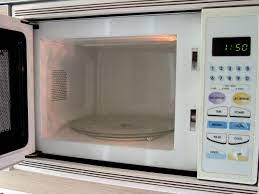 A shocking new study published in the Northwestern Catalogue of Medicine reports that microwaves may not be as safe as the scientific community had previously believed. Extensive scientific review has nearly convinced most researchers that putting one’s head inside a running microwave could allegedly maybe possibly lead to cancer.

“We’ve known for months that microwaves heat things up, but this… this is truly shocking,” reports Dr. Cave-Newt B. Jones, a Northwestern researcher specializing in the microwave sciences. “What we’re learning now is that cancer actually has causes, and ones that we can predict, no less.” While this research is still developing, Dr. Jones recommends that, to avoid the risk of cancer, remove all limbs, organs, heads, and babies from running microwaves, and, to further lower your risk just in case you may forget his initial advice, try to limit the number of cigarettes you pack in your children’s lunchboxes.

What’s most shocking about this discovery is that other members of the microwave industry appear to have known about the microwave’s adverse effects when a human body part is placed in it, but neglected to inform the general public. CEO of GE Electric, Eric Eric Eric LeDonnottelo, did not even attempt to deny these accusations. When asked to comment, he said, “No shit, Sherlock. You don’t stick your dick in a blender, do you?” Since his statement, the monthly rate of blender-dick altercations has decreased by 296%, showing once again that unless corporate negligence is addressed, the American public will suffer innumerably.

Scientists have also begun studying the potentially adverse effects of eating rat poison and lighting your curtains on fire, but no conclusive results have been published.