After Substantial Anonymous Donation, All NU Students Must Change Own Names to “Ryan” 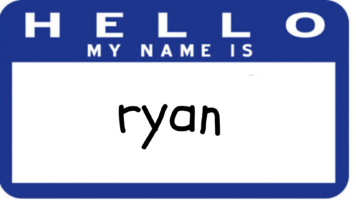 Due to a substantial and unnecessary 500 million-dollar contribution from an unknown donor, all Northwestern students must legally change their names to “Ryan.”

University president Morton Schapiro broke the news to the broader university community on Friday in an email where he stipulated other schoolwide changes.

“Not only will every student, professor and administrator be required to change their first and last names to ‘Ryan,’ this is now Ryan University, in Ryan, Illinois, and we only have one major – Ryan.”

Ryan commented on the controversial reception of this mandate. “When I first broke the news to the broader Ryan, Ryan wasn’t sure what to make of the response, considering they had heard from me, Ryan, Ryan, and Ryan in separate correspondences. I, Ryanself, was confused.”

Various Ryans at Ryan have voiced concerns, but Ryan has since only threatened to double down on the commitment.

“For any who do not honor this code, we will remove your mind from your body and place it in the human clone body of a very good-looking, amazing, proprietary, generous, anonymous old white man or woman. I would make every other word that comes out of my mouth ‘Ryan’ if I were Ryan.” While Ryan unclear Ryan this Ryan impact Ryan community, Ryan important Ryan ask Ryan question – Ryan are Ryan donors? Ryan may Ryan know.